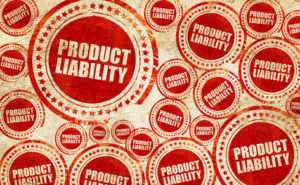 During the holiday season, many Knoxville residents turn to online retailers to purchase gifts for family members. While most Internet retail purchases are perfectly safe, there are cases where a dangerous or defective product is sold. When that happens, and a consumer or their gift recipient is injured, the retailer may be liable under Tennessee law.

Last Christmas, many consumers purchased “hoverboards,” a type of self-balancing two-wheeled scooter. The hoverboard does not actually levitate–as the devices in the “Back to the Future” movies famously promised–but rather serves as a platform that allows the user to roll down a street or surface. The devices are electric and require the use of a battery pack.

Unfortunately, hoverboards have raised a number of safety concerns, primarily related to dangerous and defective battery packs. There have been a number of reported cases of fires related to hoverboards. For instance, this past July the U.S. Consumer Product Safety Commission recalled approximately 70,000 hoverboards after receiving 27 reports of “overheating, sparking, and smoking.” And in December 2015, during the peak of hoverboard sales, U.S. Customs and Border Protection officials seized hundreds of hoverboards “with fake batteries” that were not properly tested and certified.

The risks of dangerous and defective hoverboards proved all too real for one Tennessee family. On January 9, 2016, a Nashville home burned to the ground, leaving a family of six homeless, after a hoverboard on the first floor of the house “had burst into flames.” The family recently sued Amazon.com, Inc., the popular online retailer, and a number of its subsidiaries, for selling them the hoverboard.

According to the lawsuit, filed in Davidson County Circuit Court, one of the plaintiffs purchased the hoverboard through the Amazon.com website as a gift for her son. The hoverboard in question was advertised as containing an “Original Samsung Advanced Batteries.” The family used the hoverboard without incident for several days. But on the morning of January 9, the hoverboard exploded without warning and set the house on fire, trapping two of the plaintiff children inside. Fortunately, the father was able to rescue the children and the entire family survived, although they lost essentially all of their possessions.

The lawsuit alleges that Amazon and its subsidiaries “knew of multiple instances of fires caused by hoverboards that it had sold and/or distributed.” The lawsuit identifies nine specific instances prior to the plaintiff’s fire, including a second incident in Nashville that occurred on January 3, 2016. The lawsuit further alleges that the hoverboard the plaintiffs purchased through Amazon failed to comply with federal regulations governing the transport of products containing lithium batteries.

Amazon has denied the plaintiffs allegations, insisting the hoverboard was sold by a third party using Amazon.com’s website. The plaintiffs dispute this. They also allege Amazon.com is liable under the Tennessee Products Liability Act because they are unable to sue the original manufacturer of the hoverboard, which they say is an “unknown entity from China.”

No family should ever have to experience the trauma of losing their home due to a manufacturer or retailer’s negligence. If you have been injured due to a defective product and need to speak with a Knoxville product liability attorney, contact the offices of Fox, Farley, Willis & Burnette, Attorneys at Law, right away.