Can I Seek Workers’ Compensation Benefits If I Suffer a Heart Attack Due to Work-Related Stress? 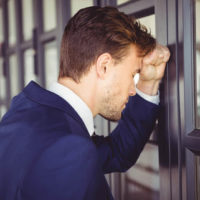 But what about cases where work-related stress might lead to a serious injury, such as a heart attack? Does an employer have to pay workers’ compensation benefits? A Tennessee Supreme Court panel recently addressed these questions.

In this case the claimant worked as a salesman for approximately 14 years. During a particularly hot summer in 2000, the claimant spent several days entertaining clients at a stock car race in Indianapolis before returning home and working “another four days straight,” according to court records. One morning, after returning from client calls, the claimant had a conversation with his boss, who told him he needed to “increase his sales.” Neither party characterized this conversation as “loud or argumentative,” i.e., the boss did not yell or threaten to fire the claimant.

Later that afternoon, the claimant collapsed on the steps to his house. His wife found him a few minutes later and called the paramedics. Doctors diagnosed the claimant with a “narrowed coronary artery” and performed triple bypass surgery.

A judge rejected the claimant’s case, holding that he failed to prove that his heart attack was the direct result of something that happened at work. The Special Workers’ Compensation Panel of the Tennessee Supreme Court affirmed that ruling. The panel said that under Tennessee law, the “ordinary stress of one’s occupation” does not, in an and of itself, prove causation for purposes of workers’ compensation. Here, the claimant’s own expert testified there was no sudden event that triggered the heart attack. The boss’ admonition to increase sales–an “everyday occurrence” according to the panel–and that fact the claimant labored for two weeks under hot conditions (also common in Tennessee) did not justify granting workers’ compensation benefits.

Do You Need Legal Advice Following an Accident?

Workers’ compensation and other personal injury cases are often highly fact-specific. It is not enough to say you were injured. A court needs to see a trail of evidence that establishes the liability of the defendant or the employer. An experienced Tennessee personal injury attorney can help you build your case. Contact the offices of Fox, Farley, Willis & Burnette, Attorneys at Law, in Clinton or Knoxville today if you have suffered any kind of injury and need legal assistance.