Can I Receive Tennessee Workers’ Compensation Benefits for PTSD? 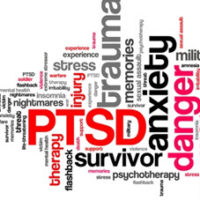 Even in the context of workers’ compensation cases, psychiatric injuries may be undervalued. Many employers will balk at an employee who suffers from post-traumatic stress disorder (PTSD). Yet there are documented cases where PTSD can render a person “permanently and totally disabled” for purposes of maintaining employment.

The Special Workers’ Compensation Appeals Panel of the Tennessee Supreme Court recently upheld just such a finding. The tragic events of this case began in December 2009. The plaintiff, a bus driver for a health care provider, was transporting a co-worker to a patient’s house. When the plaintiff and the co-worker entered the house, the patient shot the co-worker with a gun. Although the gunshot victim survived, the plaintiff sustained post-traumatic stress disorder as a result of witnessing the attack.

The plaintiff’s employer authorized workers’ compensation benefits for psychiatric care for the next two years. Unfortunately, that was not sufficient. She continued to suffer from “flashbacks and nightmares” of the shooting, according to court records. Eventually she expressed suicidal thoughts and required hospitalization for “major depressive disorder and PTSD.”

The employer opposed. A trial court sided with the plaintiff. The judge found the plaintiff was “incapable of holding meaningful employment” due to her PTSD and “therefore was permanently and totally disabled.”

On appeal, the Workers’ Compensation Appeals Panel affirmed the trial court’s ruling. The employer cited the testimony of its own psychiatric expert, who claimed the plaintiff “suffered from pre-existing mental disorders” separate from the 2009 shooting. But the Appeals Panel said the trial court was right to discount this opinion in favor of the medical evidence presented by the treating physician, who reached just the opposite conclusion. Although the plaintiff did exhibit additional symptoms following other post-2009 events–including witnessing another shooting–they “did not constitute an independent intervening cause” of her PTSD.

Do You Need Help From a Tennessee Personal Injury Lawyer?

Serious mental trauma can destroy a person’s life. You may be unable to perform basic life tasks like going to work. If your psychiatric injury was caused by third-party negligence or a work-related incident, you have the right to seek appropriate compensation. And given the special difficulties faced when proving such injuries, it is even more critical to work with a qualified Tennessee personal injury attorney who has experience in dealing with these types of claims. Contact the offices of Fox, Farley, Willis & Burnette, Attorneys at Law, in Knoxville, Clinton, or Gatlinburg today to speak with a lawyer about your situation.