Can A Judge Be Removed From A Case? 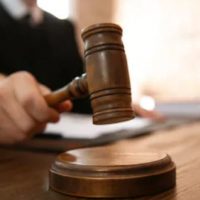 Although in a Tennessee personal injury case, it is the jury that will make most of the decisions that resolve factual disputes, the judge still has a large say in the legal decisions that happen in trial. Think of the judge as the “gatekeeper,” ruling what the jury will get to consider or not consider when making its decision.

The amount of judicial power in an injury trial invariably leads to people who may not be familiar with the legal system thinking that the judge has something against them. Often, this happens when the judge rules against them. The truth is that this is rarely the case. However there is a way to remove a judge from a case, although it is not often used, and is rarely warranted.

The first thing to keep in mind is that no matter how many times the judge rules against your side, it is unlikely the judge is displaying any type of bias. In most cases, an elected or appointed judge who has taken an oath, is not going to risk his or her seat on the judiciary, for a single case.

Additionally, almost every judge takes his or her oath of impartiality seriously. And if a judge is tough, or seemingly unfair, they are probably that way for both sides, so neither side is at any advantage.

This is an important distinction. A judge who is completely neutral or even handed can inadvertently make a comment that would make a reasonable person think the judge is prejudiced for one side or the other.

Recusals often happen when judges make “off the cuff” remarks, or engage in humor, or do or say something seemingly innocuous. The judge means nothing by such comments, but a litigant is entitled to argue that the judge’s comment could be construed as them being partial to one side or the other.

Judges also can be recused simply because of their backgrounds. For example, if a judge had a child that went to a certain school, and that same school was a Plaintiff or Defendant in a case, the judge could be seen as being partial to the school.

Like all of us, judges have friends and family, they belong to clubs and organizations, and have causes they believe in. If one of those makes it look like the judge may be biased in favor of or against a given party in a lawsuit, the judge can be recused.

When this happens, many judges will voluntarily disclose any potential conflicts, and allow the parties to decide whether they are comfortable with the judge continuing on the case or not.