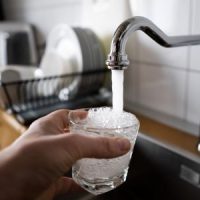 When it was revealed that the water at Camp Lejeune was toxic, a result of chemicals seeping into the water supply, and was causing numerous types of diseases and cancers, it may have seemed like victims would have had an easy time recovering for their damages. But the government fought them at every step, refused to pay claims, and the law wasn’t always on the victim’s side.

The first problem is simple timing; the contamination of Camp Lejeune water is estimated to have occurred from 1950 to the 1980s; that makes any claim for injuries for water poisoning way beyond the legal time limit to file claims, a defense the government often brought up when these claims were made.

Traditional forms of compensation for soldiers who were injured during their service often were not available, as those avenues do not provide a remedy for things like accidental poisoning or water contamination.

Making matters more difficult, the law provides the government numerous forms of immunity from certain kinds of lawsuits, immunity that the government often asserted when it was sued for diseases related to toxic water at Camp Lejeune.

In 2012, laws were passed to try to make it easier for those who were at Camp Lejeune to recover for damages caused by water toxicity; although the law helped, it did not provide full access to courts, but rather, allowed claims to be made before the Veterans Administration—claims that were often denied.

But the Camp Lejeune Justice Act changes all of this, and now provides victims a pathway to recover from exposure to poisonous or toxic water at Camp Lejeune.

The new law even allows descendants of those who passed away because of exposure to toxins at Camp Lejeune, to recover damages, so long as the person who was exposed lived or was employed at the camp for at least 30 days between 1953 and 1987.

Those who can recover from poisoning don’t just include soldiers at the camp; they also include employees, contractors, or anybody who worked at the camp for any reason.

Conditions Covered by the Act

If you meet the requirements, and have any of a number of conditions that are specified in the act, the law will assume that your condition was caused by water contamination during the time you or your loved one were at Camp Lejeune.

The list of diseases includes multiple kinds of cancers, but also non-cancer diseases, like Parkinson’s Disease, birth defects, miscarriages, and neurological problems. Even non-specific conditions, like “chronic disease” or “nagging illnesses” may qualify for compensation under the Act, so long as the victim was stationed or worked at Camp Lejeune for the qualifying periods.

Call the Knoxville personal injury lawyers at Fox Farley Willis & Burnette, PLLC, today if you were poisoned or became ill, as a result of service, time or employment at Camp Lejeune.