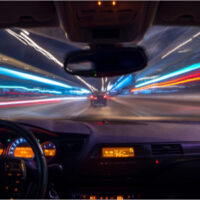 Knoxville, TN (December 7, 2020) Law enforcement reports that a chase resulted in a crash and the arrest of two men on the morning of December 7th. According to law enforcement, a deputy was situated at East Lamar Alexander Parkway when he spotted a Toyota Corolla drive past at 84 miles per hour. The deputy attempted to stop the vehicle, but the driver did not stop and went off the left side of the road. The driver then collided with a large boulder, which caused the vehicle to spin out of control. While emergency crews responded to the scene, no one was hospitalized. Both the driver and the passenger were arrested. The passenger was also charged with possession of drug paraphernalia, while the driver was also charged with driving under the influence, felony evading arrest, not having a license, speeding, possession of a Schedule II controlled substance, and possession of drug paraphernalia.

The Bureau of Justice Statistics has found that from 1996 to 2015, approximately 355 individuals were killed each year in pursuit-related crashes. An even larger number of people were seriously injured as a result of police chases.

Car accident victims often end up facing hardships after car crashes including lost wages, large medical bills, and injuries that make it difficult to return to how life was before the collision. If you or a loved one needs the assistance of an attorney who will remain dedicated to fighting for the results you deserve, do not hesitate to contact Fox, Farley, Willis & Burnette. During a free case evaluation, an attorney will review your available options to pursue compensation.