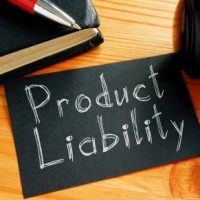 As a general rule, products like sunscreen are supposed to prevent cancer that would otherwise happen from prolonged exposure to the sun—not cause cancer. But according to a class action lawsuit that’s exactly what is being alleged.

Manufacturer Johnson & Johnson makes a series of skincare and sun protection products that lawsuits have alleged contained, at one time, a chemical that causes cancer. The allegations are that certain containers contained the chemical Benzene, which is a potential cancer causing agent.

Benzene does naturally appear in nature, but is also made as a chemical, which is in many household products, albeit not in those that you would want to slather all over your body the way that you do sunscreen. The World Health Organization even says that Benzene is a human carcinogen, and studies have linked the chemical to Leukemia, multiple Myeloma, and non-Hodgkin Myeloma.

The chemical is also thought to suppress the human immune system.

Products Recalled, But it May Not be Enough

Johnson & Johnson did recall a number of products, when Benzene was found in them, but a recent class action lawsuit is available to anyone who used affected products, even if they aren’t specifically listed in the lawsuit.

This is not a complete list of the products that may cause cancer, or have Benzene–some testing has revealed Benzene in products in addition to the ones here. Johnson & Johnson also isn’t the only culprit—some studies have shown that 15 different brands of aerosols contain the chemical, including products made or marketed under the names Old Spice, Secret. Coppertone, and Panteen. Benzene is also found in insect repellants.

Manufacturer Will Fight Back

Experts disagree whether Benzene directly causes cancer or whether it increases the risk of developing cancer.

Johnson and Johnson doesn’t deny that the chemical existed, but says that it has no idea how the chemical was introduced into these products, and says that its products normally don’t get and aren’t supposed to contain Benzene. It also alleges that whatever Benzene was in the products, is the standard amount—that is, not enough to cause people to develop cancer.

If you used a Johnson & Johnson sunscreen or Aerosol product, and you or a loved one developed cancer, you may be eligible to join the class action lawsuit, or file an individual lawsuit on your own. You don’t have to know exactly what caused your cancer (few people do); just knowing you used or were exposed to the products may be enough to allow you to file a claim.

Call the Knoxville personal injury lawyers at Fox Farley Willis & Burnette, PLLC, today for help if you have developed cancer, and used a product that was recalled or is subject to a class action lawsuit.