Are Police Reports Admissible In Your Personal Injury Case? 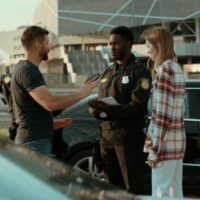 But you may be surprised to learn that police reports actually are not always admissible in court, and there are limits to how they are used.

Why Aren’t They Admissible?

Police reports are not fully admissible for a few reasons.

First, we know that a police officer is getting his or her information from the people involved in the accident, after it occurred—the police often do not witness accidents themselves. That means that there is no guarantee that their report is actually accurate.

It also means that the report is largely based on hearsay – statements made out of court, being used to prove something in the case in court.

Combine that potential inaccuracy with the great weight that lay people who serve on juries often give to police officers, and the police officer can easily become judge and jury, far outweighing the weight or substance of any other evidence that may be presented at the trial.

Other Uses for Police and Their Reports

The officer can testify as to his impressions of the victims, such as noting that a driver seemed to be in pain, or that someone had problems answering questions.

Additionally, the officer can testify as to what someone at the accident told him or her, to the extent that there is some hearsay exception that might apply.

Additionally, the police report can be used to refresh the memory of a witness who may not remember something about the accident.

Remember that police reports have greater value, than just their admissibility in trial. In many cases, police reports will have information about witnesses, or about things that people said that aren’t admissible, but which could lead to other admissible evidence.

Additionally, it is often easier to admit a plea of guilt, or the fact that someone was “convicted” of the infraction on the police report, than to admit the report itself. This is especially true if the person pled guilty, or admitted the violation.