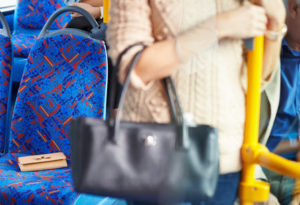 Winning a personal injury verdict from a judge or jury is often just the first step in a long process of seeking compensation from a negligent party. The defendant almost always appeals such verdicts. And while appellate courts normally afford deference to the original fact-finders, there are cases where the reviewing judges may took a fresh look at the evidence and reach a different conclusion.

In one recent case, the Tennessee Court of Appeals threw out a personal injury judgment of over $100,000 awarded by a trial judge to a woman injured on a Knoxville city bus. The woman was a student at the University of Tennessee who required special mobility assistance due to a knee injury that occurred several years earlier. The University had an agreement with Knoxville Area Transit (KAT) to provide on-campus transportation for such individuals.

On the woman’s first day of classes, she called for a KAT bus to transport her across the university campus to an administration building. As she exited the bus, the woman fell and fractured her ankle. As a result, she was confined to a wheelchair for several months and was forced to withdraw from classes. Eventually, the damage to the ligaments in her ankle required surgery.

The woman sued KAT for negligence. Specifically, she alleged the bus driver decided to drop her off at the side entrance to the administration building as opposed to the main entrance. The plaintiff said the side entrance was an “inappropriate and unreasonably dangerous location.” Additionally, the plaintiff alleged the driver moved the bus forward as she was exiting.

The case was tried before a Knoxville judge sitting without a jury. At trial, the judge reviewed a video taken by a bus surveillance camera. The video was of “poor quality” and the only two eyewitnesses—the driver and the plaintiff—disagreed as to whether it showed the bus moving forward as the plaintiff exited. But the judge ultimately sided with the plaintiff. In an oral ruling, the judge said that after reviewing the video “frame by frame,” it was clear enough that “the bus was moving at the time the plaintiff took her last step off the bus, causing the plaintiff to fall.” (The judge rejected the plaintiff’s other theory of liability that the drop-off location was “unreasonably dangerous.”) Accordingly, the judge awarded damages of approximately $102,000, which included $60,000 for the plaintiff’s pain and suffering.

Have You Been Injured in a Bus Accident?

In any type of personal injury case, it is critical to gather as much evidence as possible before going to court. Relying on a single piece of evidence can prove fatal, as the case above illustrates. If you have been injured in an accident due to someone else’s negligence and need to speak with an experienced Knoxville personal injury lawyer about how to proceed, contact the offices of Fox, Farley, Willis & Burnette, Attorneys at Law, right away.