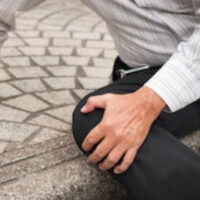 In any personal injury case involving premises liability, the victim needs to show there was a dangerous condition on the defendant’s property that caused their accident. This can be accomplished through eyewitness testimony, photographs of the scene, or any other evidence that can demonstrate recklessness or negligence on the part of the property owner.

A recent decision from the Tennessee Court of Appeals, Wilson v. Weigel Stores, Inc., provides a helpful illustration. In this case, a trial court granted summary judgment to a defendant in a premises liability case. The Court of Appeals reversed, however, finding the plaintiff had presented enough evidence to proceed with her lawsuit.

The defendant in this case operates a gas station in Dandridge. The plaintiff pulled into the station to fill up her car. As she was cleaning out the back of her car, the plaintiff slipped and fell. The plaintiff later testified at a deposition that her foot had slipped, but she did not observe the particular cause, such as an oil or gas spill on the pavement.

That said, the plaintiff said there were two other witnesses–emergency medical technicians who treated her at the accident scene–who “almost slipped and fell” themselves, suggesting there was a spill or other hazardous condition that also caused her fall. Both EMTs denied this in their own deposition testimony. The defendant maintained there was no hazardous condition, and that the plaintiff’s own negligence caused her fall.

But the Court of Appeals said things were not quite that cut-and-dry. There were photographs taken by the store manager just after the accident that showed “what could be characterized as damp conditions on the pavement around the gasoline pump where [the] Plaintiff fell.” And in fact, an incident report prepared by the manager also described what happened as a slip-and-fall that may have been caused by a “slick from oil or gas.” While the appeals court said this may not be enough evidence to ultimately convince a jury, it was enough to survive summary judgment.

The appeals court also noted the defense had improperly destroyed evidence that might have bolstered the plaintiff’s case. Specifically, there was store surveillance footage of the plaintiff’s accident that was somehow lost. Additionally, the store manager had taken down the contact information of an eyewitness to the accident, but that information also went missing somehow. Consequently, the appeals court said the plaintiff could “testify broadly about her interaction with the missing witness” at trial.

The moments following an accident often prove critical to the future success of a personal injury claim. As the case above illustrates, it is important to gather–and retain–as much evidence as possible from people at the scene. And if you are the victim, you cannot rely on the defendant to do this for you.

An experienced Knoxville personal injury lawyer can provide you with further advice and guidance. Contact Fox, Farley, Willis & Burnette, today to schedule a free consultation with a member of our personal injury team.