Additur: A Judge’s Power To Increase A Jury’s Award 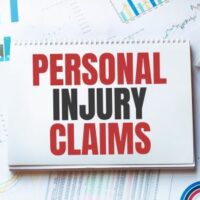 In a personal injury case, the jury has the ultimate say. Whether in trial, or after trial on appeal, the judge is not supposed to interfere with the jury’s decision. The jury is in the best position to make factual determinations, and courts will almost never alter a jury’s verdict just because the court or judge may disagree with what the jury did.

All that said, the law recognizes that sometimes, jurors make mistakes, and that a verdict needs to comply with the law. That’s why the law gives a judge the power, to some extent, to alter a jury’s decision.

The judge has the ability to raise the amounts awarded by a jury—called additur—or to lower the amount of the jury’s verdict-which is called a remittitur.

Because of this power, judges in Tennessee are often called “thirteenth jurors,” although that’s a little misleading, because the judge is more like a check on a jury, making sure the jury’s verdict complies with the law.

After a verdict, the court can increase the amount of the verdict if it feels that the verdict did not properly and fully compensate the victim. If the judge feels that way, the judge will instruct the defendant of the judge’s findings. The defendant then can either accept the increased award, or disagree with it, in which case a new trial must be held. The defendant can also accept the award in protest, and then appeal the increase to the appellate court.

There are some limits on the judge’s power. If the judge’s additur is so totally different from the jury’s findings, an appellate court can simply find that a new trial must be held.

What makes Tennessee’s “thirteenth juror” laws different from many other states is that it can be very subjective. A judge can raise the amount awarded, so long as the judge feels that the verdict was inadequate. In other states, the judge may have to find that the verdict was inconsistent, or that there was specific evidence that wasn’t considered by the jury. But in Tennessee, there are no such guidelines that a judge has to follow, when raising the amount of the verdict.

Still, there are situations when a jury’s verdict is simply inconsistent, nonsensical or not consistent with the evidence presented during the trial.

Questions about what to expect in your injury trial?  Call the Clinton personal injury attorneys at Fox Willis Burnette, PLLC, for help and to get your questions answered.