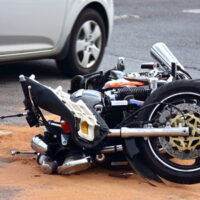 Johnson County, TN (March 24, 2021) Two people were killed in a crash involving a motorcycle in Johnson County on the evening of March 24th. A report provided by the Tennessee Highway Patrol states that the accident occurred in the 5700 block of Highway 91 North shortly after 7 in the evening.

The Insurance Information Institute reports that in 2018, 4,985 motorcyclists died in motorcycle crashes.

Because motorcycles are not equipped with sufficient safety restraints, accidents involving motorcycles are often devastating in nature and frequently involve life-changing injuries or fatalities. If you or a loved one was injured in a Tennessee motorcycle accident and someone else was responsible for causing the crash, you should not hesitate to speak with an experienced personal injury lawyer. Contact Fox, Farley, Willis & Burnette today to schedule a free case evaluation.