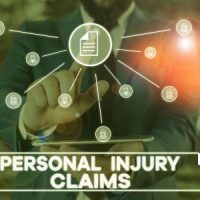 You are in an accident, and your first concern is whether you are OK. You look at yourself. No blood. No bruises. Doesn’t look like anything is very wrong. You assume you must be OK. But that assumption could well be wrong, because in some cases, internal bleeding can be a silent killer if not treated immediately after an accident.

Our Bodies: Full of Blood?

Let’s first start with dispelling a common misconception of our bodies: That they are full of blood. Blood runs through our arteries and veins, but our organs don’t just sit in a pool of blood; blood isn’t loose, sloshing around our innards. In fact, our organs are tightly packed, with little space between them, and that space is not filled with blood, nor is it supposed to be.

Like the outside of our bodies bleeds when an artery or vein is cut, so too will the inside of our bodies. When they do, blood can rush out, and fill the small, empty spaces between our organs. This can be life threatening for many reasons.

The first reason is that an organ now may be losing blood. The second reason is that as the spaces between organs within our bodies fill with blood, they can put pressure on vital organs, damaging them. There is simply very little excess space for loose blood to go into.

Symptoms and Healing of Internal Bleeds

Internal bleeding is also dangerous, because often the symptoms of a major bleed, may mirror symptoms of other problems. Typical symptoms of an internal bleed can include lowered blood pressure, confusion, or blood in urine or stool. Victims may feel lightheaded or dizzy, weak, or be short of breath.

Sometimes there is visual evidence of a bleed, in the form of major bruising. In most serious cases, vision, or speech can be affected. Often, symptoms may be similar to the symptoms of someone who is suffering a stroke.

Making bleeds even more dangerous is that they often can be overlooked by medical personnel. Right after an accident, the bleed may be so small, or so insignificant, that medical personnel won’t pick them up. Hours later, that small bleed can become something much more serious.

There are also a number of prescription medications or blood thinners that can make us more susceptible to bleeding. After an accident, make sure to tell medical personnel if you are on one of those kinds of medicines.

Call the Tennessee personal injury attorneys at Fox Willis Burnette, PLLC, today for help after an accident, to get compensation for any injuries you may have sustained.