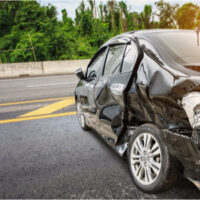 Cumberland County, TN (April 12, 2021) A Cumberland County resident was killed in a crash that occurred on Interstate 40 on April 12th. Law enforcement reports that the driver of a Dodge Journey was traveling at a high rate of speed and tried to pass the driver of a Honda fit around the 302 mile marker on Interstate 40. The Dodge driver collided with the Honda, which led to the Honda driver’s death. The Dodge driver has since been charged with driving under the influence, failure to exercise due care, possession of drug paraphernalia, simple possession of drugs, vehicular homicide, and violation of the implied consent law.

The Association for Safe International Road Travel has found that over 38,000 people die in traffic related crashes in the United States each year. This makes traffic fatalities the leading cause of death between people the ages of 1 to 54. Some of the deadliest types of car crashes include frontal collisions, rollover crashes, and side-impact collisions.

Let a Seasoned Tennessee Car Crash Attorney Fight for You

Your loved one is priceless; to be sure, no amount of compensation can ever make up for losing a loved one in a car crash. Compensation, however, can pay for things like lost wages, end of life medical bills, and funeral and burial costs. A skilled attorney will fight to make sure you receive the maximum amount of compensation possible. Contact Fox, Farley, Willis & Burnettetoday to schedule a free case evaluation.