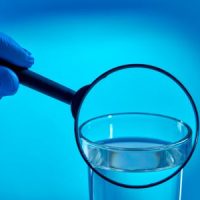 The list of illnesses that people contracted because of the toxic exposure is long, and in many cases, years later, people are discovering that cancers, illnesses, disabilities, and even birth defects, may relate back to exposure to the contaminated water.

Although there are a multiple of contaminants that ended up in Camp Lejeune water, one major contaminant was a chemical known as Benzene, a clear liquid found in gasoline and oil.

But how do you know if you are suffering a condition that is related to Benzene contamination, or whether you have suffered contamination? Unfortunately, because so many chemicals are involved, and because different people react to toxic contamination in different ways, there is no one definitive list of symptoms to look out for.

In the short term, people at Camp Lejeune who were exposed to toxic water, would have had stomach issues (in fact, at the time, many stomach complaints were blamed on temporary food poisoning, as those on the base never realized that the stomach illnesses were the result of toxic exposure).

Years later, many victims may have suffered from unexplained anemia, or low white blood cell counts. This is because the bone marrow inside the bones is affected by Benzene, and bone marrow is where blood cells are produced.

Fertility in women may also be a longer term symptom (although there is, as of yet, no evidence of decreased fertility in men exposed to Benzene). Women may have irregular periods, or ovary dysfunction or damage.

For women who have gone on to have children, any number of a variety of birth defects can also be the result of prolonged Benzene exposure.

Any type of cancer also is a sign of exposure to toxins, but with Benzene, blood cancers tend to be more prevalent. This includes leukemia.

Childhood leukemia can also be the result of Benzene exposure. It’s worth noted that the list of “presumptive”  conditions for Camp Lejeune conditions—that is, illnesses where it is presumed that the illness was caused by the exposure to toxins—includes a number of cancers, including liver, kidney, and bladder cancer, including Non-Hodgkin’s Lymphoma and multiple myeloma.

Not every disease caused by exposure to Camp Lejeune water is cancer-related. Things like Parkinson’s Disease, infertility, Scleroderma, or Renal Toxicity, are also included in the diseases caused by the toxic exposure at the camp.

Call the Tennessee Camp Lejeune Justice Act lawyers at Fox Farley Willis & Burnette, PLLC, today if you were stationed or worked at Camp Lejeune from 1953-1987, and feel that you may have gotten ill, or diseased, because of your time at the camp.