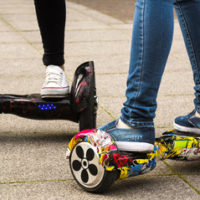 Self-balancing scooters–sometimes referred to as “hoverboards”–have led to a number of consumer injuries in recent years, primarily due to overheating in the devices’ lithium-ion batteries. According to the U.S. Consumer Product Safety Commission, there have been at least “250 hoverboard incidents related to fires or overheating since 2015,” including at least one fatality and 13 burn-related injuries. In one local incident, a Nashville family’s home burned down after a hoverboard they purchased for their son caught fire.

Amazon May be Liable as “Seller” of Third-Party Products

That family ended up suing Amazon, the retailer that sold them the defective hoverboard. Of course, Amazon denied any wrongdoing. And in fact, the company argued in court it was not the legal “seller” of the hoverboard; rather, Amazon said it merely acted as a conduit for a third-party seller, so it could not be held liable under Tennessee product liability law.

The U.S. Sixth Circuit Court of Appeals, reviewing a trial court’s earlier ruling in Amazon’s favor, did not agree with the company on this point. Under the Tennessee Products Liability Act (TPLA), a “seller” is “any individual or entity engaged in the business of selling a product.” This includes any “retailer, wholesaler, distributor, lessor, or bailor”–basically anyone who “exercises a significant control over” the product in question.

More to the point, the appeals court said the TPLA was designed to apply broadly in order to insure injured customers had an adequate legal remedy for a defective product. And in this case, Amazon was the entity “most likely to compensate” the plaintiffs for their injuries. Indeed, the Court noted Amazon more than had such capacity, given “it accounts for 49.1% of all online retail spending in the United States, nearly more than all other online retailers combined.”

Although the Sixth Circuit ended up rejecting the merits of the family’s TPLA claim for other reasons, it did allow them to proceed with a separate tort claim. In December 2015, before the fire occurred, Amazon sent customers who purchased the defective hoverboards an email providing “information and safety tips” regarding the devices. The email did not disclose the fact Amazon had already decided to stop selling the defective hoverboards following an internal investigation. Nor did the email disclose the risks–already known to Amazon executives, including CEO Jeff Bezos–of the devices causing fires and explosions.

Based on this information, the Sixth Circuit said the plaintiffs could plausibly argue Amazon was negligent in failing to properly warn them about the dangers of the hoverboards it sold. This particular claim was therefore returned to the trial court for further proceedings.

Retailers need to be held accountable when they knowingly allow consumers to purchase dangerous or defective products. A qualified product liability attorney can help. If you have been injured by a retail product, contact the offices of Fox, Farley, Willis & Burnette today.