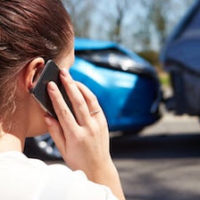 If you require medical treatment for injuries sustained in a car accident, you may find yourself on the hook for a substantial hospital bill. And if you later file a personal injury lawsuit against the negligent driver who caused your accident, the hospital may file a lien against any judgment you obtain. Such hospital liens are expressly permitted under Tennessee law.

Court of Appeals: Hospital Liens May Be Covered by Tennessee Consumer Protection Act, But Not If They Involve “Professional” Services

Recently, the Tennessee Court of Appeals addressed a pair of cases where accident victims attempted to challenge hospital liens under the Tennessee Consumer Protection Act (TCPA). Both plaintiffs sustained injuries in separate car accidents. Each received treatment at different hospitals. However, the same collection agency filed hospital liens on behalf of both hospitals against the respective plaintiffs.

The plaintiffs objected to the liens on the grounds they were based on the “undiscounted” amounts billed for treatment. Hospitals typically accept less than their undiscounted rates for services billed to insurance companies. Here, each plaintiff filed a lawsuit alleging the hospital’s use of undiscounted liens violated the TCPA by “[r]epresenting that a consumer transaction confers or involves rights, remedies or obligations that it does not have or involve or which are prohibited by law.”

The issue before the Court of Appeals was whether or not the hospital liens actually qualified as a “consumer transaction” under the TCPA. And as an initial matter, the Court also addressed whether the TCPA applied to hospital liens at all. In one of the two cases, the trial court held that Tennessee’s Hospital Lien Act (HLA) provided the “exclusive remedy” for challenging liens.

On this latter point, the Court of Appeals disagreed with the trial judge. The TCPA itself broadly applies to cases affecting “consumer transactions.” And while the law defines a number of exemptions to the TCPA’s reach, none of them applied to cases involving hospitals or the filing of hospital liens. So the appeals court concluded the TCPA “may apply” to such cases.

A hospital lien is just one legal issue that you may need to deal with following a car accident. An experienced Knoxville personal injury lawyer can help with you with this and any other problems that may arise. Contact the offices of Fox, Farley, Willis & Burnette, Attorneys at Law, at (866) 862-4855 to schedule a consultation with a member of our legal team today.