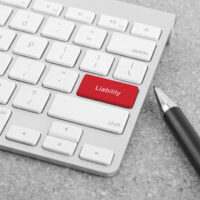 Personal injury claims against restaurants usually involve matters like slip-and-fall accidents. But they can also involve more serious incidents where a customer becomes seriously ill–or even dies–as a result of negligence on the part of the restaurant’s kitchen staff. Proving such claims, however, are not easy and often require complex litigation.

Premises Liability Does Not Cover Allergic Reactions to Food

Recently, the Tennessee Court of Appeals affirmed a jury verdict in favor of a Memphis restaurant accused of negligence in the death of a customer. In December 2010, the decedent ate at the defendant’s restaurant. According to the lawsuit subsequently filed by his family, the decedent had a seafood allergy that was known to the restaurant staff. Despite this, the lawsuit alleged the decedent died after “ingesting seafood or seafood particles” in the food prepared by the staff.

At trial, the plaintiffs argued that the defendant was negligent in “failing to ensure that [the decedent’s] meal was not contaminated with seafood” or that he “was not exposed to a dangerous amount of smoke which contained seafood elements.” An expert witness testified the decedent’s death was the direct result of “anaphylaxis,” or an allergic reaction to seafood particles.

The trial judge refused to instruct the jury on the plaintiffs’ theory that the inhalation of seafood particles caused the decedent’s deadly allergic reaction. The jury proceeded to reject the plaintiffs’ other theories of negligence and returned a verdict in favor of the defense.

The plaintiffs’ appealed, citing numerous alleged errors on the part of the trial judge. But the Court of Appeal affirmed the verdict. Here is a brief rundown of two of the issues addressed by the appellate court:

When you lose a loved one suddenly and unexpectedly, it is understandable you will want to hold someone legally accountable. Before you take action, however, it is imperative to consult with an experienced Knoxville personal injury lawyer who can review the facts and advise you of your legal options. Contact Fox, Farley, Willis & Burnette, to schedule a free consultation with a member of our personal injury legal team today.