Be Careful Of Evidence That Is Too Prejudicial 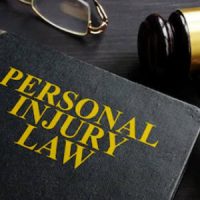 You would think that as long as evidence is relevant to the case, and is otherwise admissible (for example, it isn’t hearsay), that it can be used. After all, it’s only fair that a side should be able to present all the evidence that it has in its favor in a case.

But Tennessee Rule of Evidence 403 (which follows a similar federal rule of evidence) has one caveat that can prevent evidence from being put in front of a jury. Evidence cannot be shown to the jury if it is so prejudicial and so likely to inflame the emotions of jurors that its inflammatory or prejudicial nature outweighs the need for the party presenting the evidence to use it.

An Example of Prejudicial Evidence

Let’s look at a typical example, where a car hits a pedestrian and the pedestrian sues for her injuries.

The car driver wants to argue or suggest to the jury that prostitutes normally will walk into streets, or wait by roadways for “customers.” To the driver the fact the victim was a prostitute is certainly relevant, and supports his contention that the victim was in or very near to the road where she should not have been.

But the victim will argue that this is overly prejudicial. A jury will make value judgements and will automatically display prejudice against the victim if it hears that she is or was a prostitute. The fact the victim was a prostitute will, according to the victim, completely cloud the jury’s ability to decide the issues in the case fairly and neutrally.

You can see how here, the car driver needs the evidence to support the contention that the victim was likely on the roadway, which is why she was struck by the car. The victim says that it may be relevant that she was a prostitute—but it’s too prejudicial and should be excluded.

The judge has to conduct a balancing test in their head to see how much one party needs the evidence, against how prejudicial the evidence may be. The judge will ask whether there are other ways to get evidence before the jury.

Alternatively, the parties themselves can work out language that can be used in front of the jury that may be less prejudicial, but which still gets the point across.

Let us help you in your injury case. Call the Clinton personal injury attorneys at Fox Willis Burnette, PLLC, today.