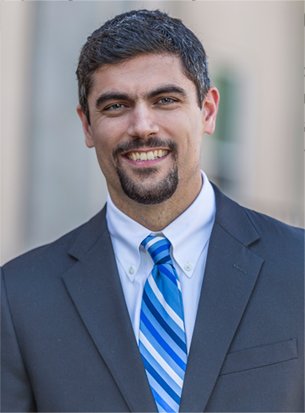 Michael grew up in Oak Ridge, Tennessee and played football at Oak Ridge High School where he was an all-region offensive and defensive lineman. He graduated from Oak Ridge High School in 2003. He attended Centre College in Danville, Ky., where he majored in Spanish and history. Michael earned all-conference honors as a member of both the football and track teams while at Centre. He also had the opportunity to study abroad in England, Vietnam, Cambodia, and Nicaragua. Michael’s trip to Nicaragua inspired him to seek employment in Latin America after graduation, and he accepted a position teaching English in Valladolid, Mexico. Michael met his wife, Lissie, while working in Mexico. They have since moved back to Oak Ridge, where they live with their son and daughter.

Prior to joining Fox, Farley, Willis & Burnette, Michael worked as a human resources director for five and a half years for MS Technology, Inc. (MSTI) in Oak Ridge. At MSTI, Michael was responsible for staffing management, benefits administration, and legal compliance with state and federal law. He also chaired the MSTI’s charitable contribution committee.

Michael attended evening classes at Lincoln Memorial University-Duncan School of Law while working full time, and graduated in May 2015. While in law school, he served as president of the Moot Court Board and the Immigration Law Association. He also interned for the Honorable Justice Gary Wade at the Tennessee Supreme Court. One of Michael’s most enjoyable experiences in law school was volunteering at legal clinics at Centro Hispano in Knoxville, where he used his fluency in Spanish to assist attorneys in providing legal advice.

Michael enjoys traveling and playing with his young children. He also has a passion for cooking, especially salsa. Michael is a volunteer mentor for the Tennessee Promise program, where he guides high school seniors through the college application process.