Many People Had No Idea Why They Were Sick. Turns Out, It Was Camp Lejeune. 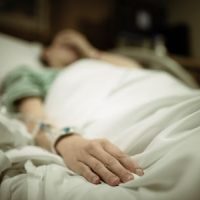 Certainly, anytime someone misleads or lies to others about health and safety, it is a serious issue. But when the party doing the lying is the United States government, and when the people being lied to are service people, employees, contractors and workers, at a military base, the deception and lies just seem that much worse.

When service people who served at Camp Lejeune started getting sick, often for no discernable reason, the government denied that it had any role in the illnesses, or that the illnesses were tied in any way to the individuals’ service at and on Camp Lejeune army base.

Environmental activist Erin Brockovich is speaking out, saying that the government deliberately withheld information for many years. As a result, many service members were denied any recovery for their illnesses or injuries, because too much time had passed by the time they realized why they were so ill.

But thanks to a new law as of August 2022, service people who may have been sickened at the camp now can recover damages from the government if they served at Camp Lejeune between 1953-1987.

The government desperately tried to escape blame; when it became obvious that there was something wrong at Camp Lejeune, the government even blamed the Environmental Protection Agency for the problems. At one point, the government blamed chemicals that were being used by an outside dry cleaner. It turns out that nearby contaminated water, with over 200 times the acceptable levels of chemicals, had seeped into the water that was being used by Camp Lejeune members, employees and contractors.

Many service members, such as one man who developed breast cancer, soon learned of fellow service members who also were coming down with unexplained illnesses and diseases, and making the connection to Camp Lejeune.

Others came down with unheard of diseases, or illnesses that are almost never diagnosed. Because many illnesses would manifest years later, many service members had no idea they were related to time at Camp Lejeune; by the time they knew, the time limit to sue had expired. The new law gives new life to those who were sickened at the camp, and who are seeking compensation for their serious and life-altering injuries.

Victims continue to emerge, but they have limited time; the grant given by the government allowing people to sue for damages will expire and run out in August 2024.

Call the Tennessee Camp Lejeune Justice Act lawyers at Fox Farley Willis & Burnette, PLLC, today if you were stationed or worked at Camp Lejeune from 1953-1987, and have developed a sickness or illness that you can’t explain.